March 5, 2018May 12, 2021 itsakx
Parents & teachers from G’s school meet monthly to discuss sections of Dr. Maria Montessori’s writing. We started with chapters 2, 3, 8 & 9 of ‘The Child in the Family.’ It’s a (relatively) easy introduction to Montessori concepts at home. A couldn’t make it to the meet so I created this cheat sheet for him. While Maria Montessori wrote her books for educators, I read it as a parent, and wrote this for a co-parent. As a result, my takeaways are more prosaic than philosophical. This has its value as a quick read, but I’d strongly urge every parent to take the time to read the original texts as well. It’s worth it 🙂
I. BABIES DON’T (ALWAYS) FIND BIRTH BEAUTIFUL. 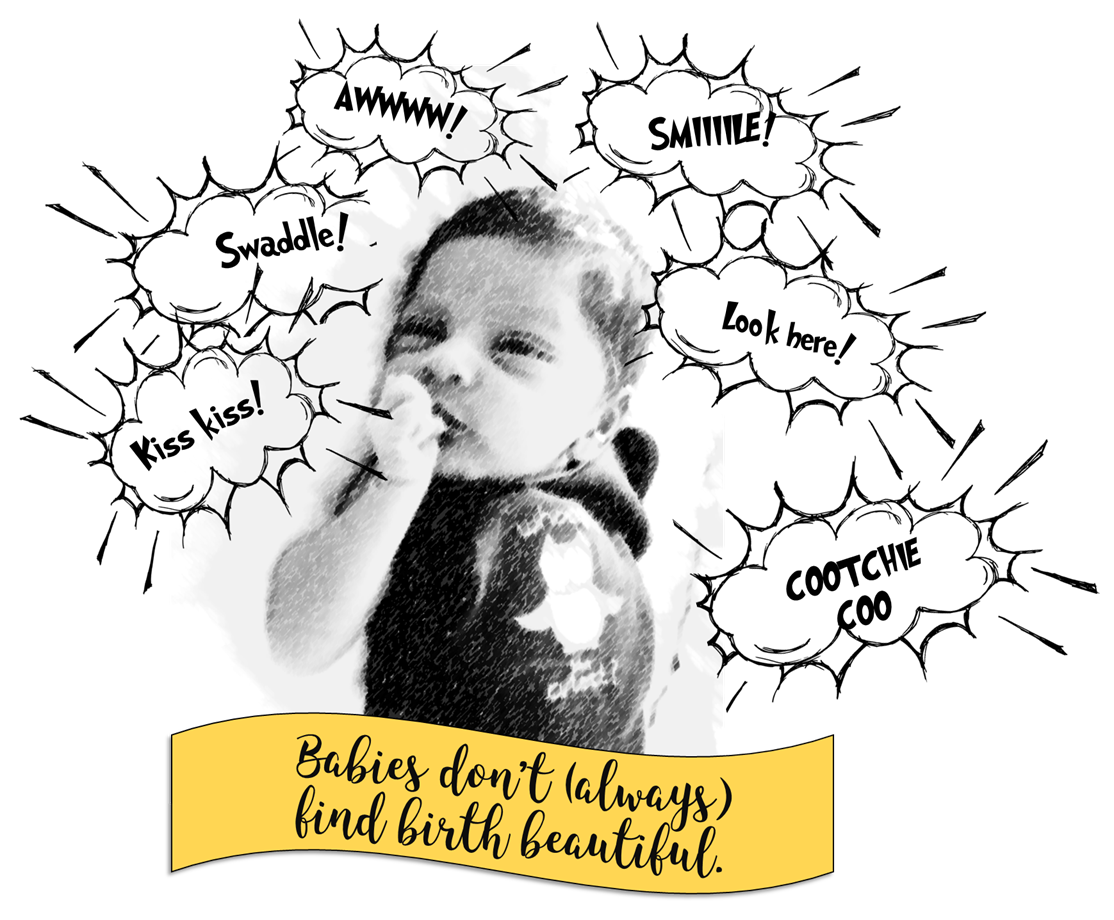 You’re in a perfectly temperature-controlled resort, surrounded by the world’s softest cushions, listening to the peaceful sound of ocean waves in the distance. Food and water are brought to you before you even think to ask for them. You’ve been there for as far back as you can remember, you feel like you could live there happily for the rest of your life.
And then, without any warning, a blink of an eye has you somewhere that’s the complete opposite of everything you’ve ever known. Sounds, smells and lights assault your senses in a confusing blur. You’re poked, touched and talked to in a loud voice. You don’t recognize anything or anyone around you. You don’t know if this is the new normal, or if this, too, will go away, leaving you in another unfamiliar hell.
Birth may be a lovely experience for the parents. For the child? Not so much. After spending 9 months cocooned in luxury and getting used to a space, they’re suddenly hauled into the world with all its confusing sensory impressions, and expected to adapt. Imagine your great-grandmother, who’s never travelled before, going abroad for the first time. Her hosts will be aware of her jet lag, they’ll make allowances for her confusion, and give her time to ease in. We’re inordinately considerate of our guests or their needs in a new place. Unfortunately, though it may seem like common sense, such allowances are rarely made for newborns. They have needs beyond the physical, but the courtesies we afford adults are rarely extended to them. They’re thrust right into life as we know it, with visitors coming in and out, and everyone expecting to hold the baby with or without their consent. Culturally, this is the norm. It’s how things have always been done, and babies do, of course, get used to it. It takes some unlearning and unconditioning to believe this needs changing.
But if you agree, and think it’s important to nurture an infant’s spirit alongside their physical needs, here are some things which Maria Montessori believes are crucial for the child’s overall development when they’re aged 0-3.
II. YOUR BABY LEARNS TO TRUST YOU.
Consistency, Order, Routine 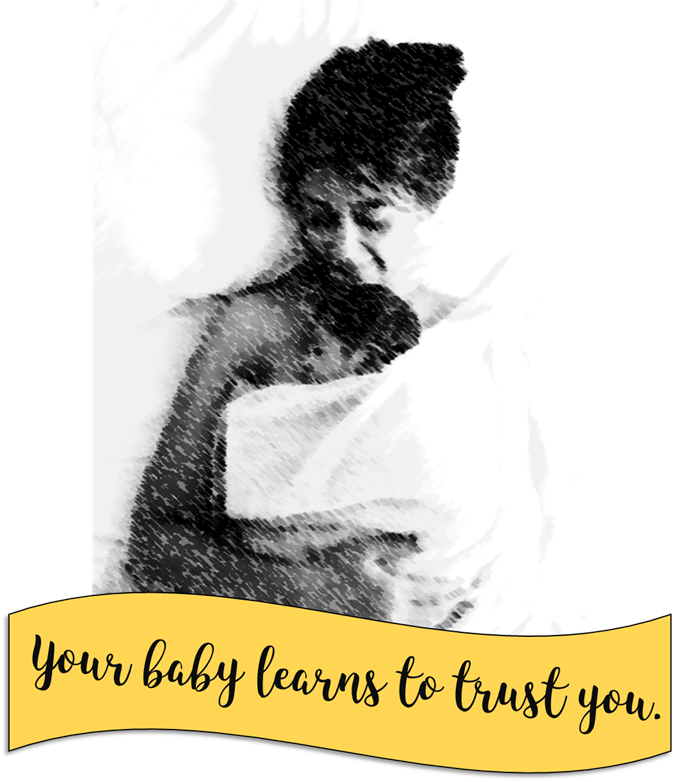 As you welcome the newborn, that most anticipated of visitors into your home and life, the best thing you can do is give them time to settle in. Life in the womb has very few variables. With just one other human (the mother) influencing the baby growing inside, the fetus gets used to a certain order. Life outside the womb, of course, is very different. There are many more people, a much bigger environment, and several different things going on every day. Help your baby make sense of this new world. Earn their trust by being consistent. In a world full of variable chaos, be their calm. As B. Franklin would say, a place for everything, and everything in its place. Maintain one area where diapers are changed. Another where, say, clothes are put on. One place where the baby is fed. Stick to carrying out these activities only in these spaces. Give your baby back some sense of control, as they recognize that they know what is coming next when they go to a certain space.
Routines, again, are about building trust for the newborn, rather than instilling discipline. The exact time at which you do anything will be fluid, given babies’ evolving schedules. However, the order in which you do things matters greatly. If a baby knows that their bath will be followed by a feed and then a nap, that helps them feel like they’ve made sense of their new world. This, in turn, helps them feel secure and safe. As a parent, I can tell you that it also helped me immensely to know when my day would end, or when I could catch a break. It’s never too early to begin a routine. Take your cues from your child, because it’s no use building a routine that only works in theory. Observe when they are active, tired, hungry. Build up a schedule around this, and maintain it.
It’s also best to limit the number of people or things around your baby in the initial few months. Phase them out, so that they don’t get overloaded and overwhelmed. Let the baby be their natural selves as much as possible – no swaddling, over wrapping, or cutesy clothes which irritate them. As they get used to things around them, they’ll be more willing to be introduced to new elements or people. Similarly, it’s best not to alter the baby’s schedule or routine much in the initial few months. Once you’ve established trust, it’s easier to deviate on occasion, with your child accepting that they’ll get back to their normal schedule soon enough.
III. LEARN TO TRUST YOUR BABY.
Observe, Evolve, Step Back 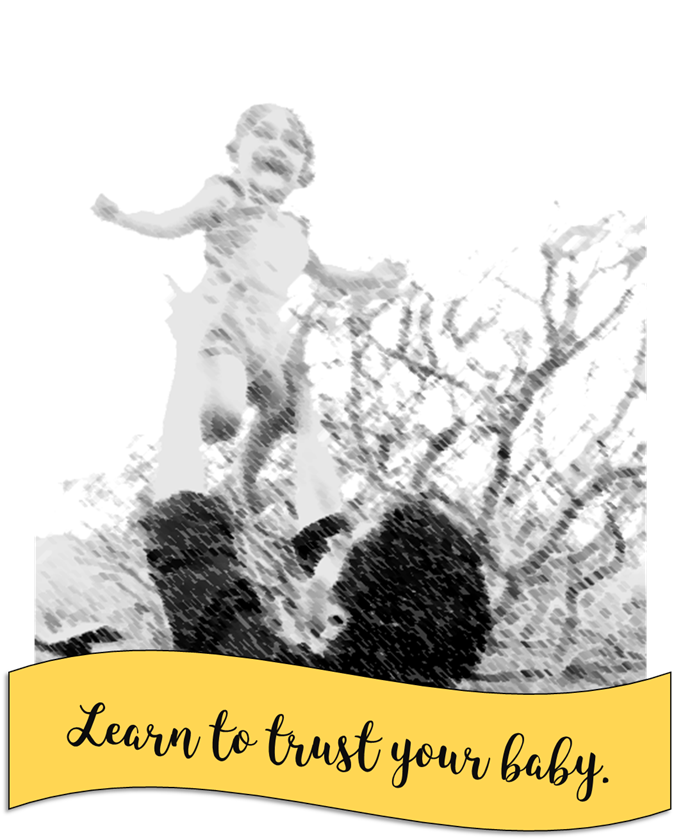 “Mamma knows best” is a common saying. In my opinion, this isn’t true. The baby knows best. They just need to be given the time and space in which to prove it. Consider a newborn who finds it’s mother’s breast, figures out how to extract milk, and drinks enough to grow. They go from being flat on their backs to turning around and crawling based on nothing but their own inherent intelligence. That intelligence doesn’t fade away as they grow older. We just try to numb it with our own preconceived notions of what a child should do or how they should do it. Despite the best of intentions armed with the knowledge from parenting books or forums, we still can’t match children’s native intelligence. It’s futile (and counterproductive) to try. Any ‘defects’ or slow progress will even itself out as they evolve, given time and patience. Why force feed rather than letting your child determine how much they want to eat? Why teach a child to read and write when they just want to explore the world around them? Doing so stifles their spirit, and stops them from being the truly spectacular individuals they would have been if left to their own devices.
“Never before… has the world known a you, my friend. And it never will, not ever again.” Every child is unique and should be welcomed as such. The best thing you can do for your children is step back and observe them. Forget about what so-and-so book said they’d be doing by an age, or what such-and-such’s baby was doing at that point. Watch your child’s cues instead. See what interests them. Provide them opportunities to explore that interest. If your child seems to be opening and closing their fists, give them something to grasp. When they drive you nuts by dropping everything and expecting you to pick it back up for them, understand that they’re discovering something new. Get away from your expectations, let go of ego/comparisons, and let them be as independent, at every age, as possible. The earlier a child feels responsible for themselves, and in control of their own life, the happier they will be. Love isn’t about doing everything for your child, it’s about allowing your child to figure things out.
Making your house welcoming to a child is far more important than babyproofing it.Can your child reach taps on their own to clean themselves up? Are they allowed to choose their own clothes or what they want to play with, work on or read? Do they have everything they need to keep the space around them tidy and orderly? In an ideal house, the child doesn’t need to ask for your help often. They are capable of fending for themselves, and doing so fills them with righteous pride. No child is inherently evil or willful. They are reasonable and understanding, as long as they feel like they get a say in their own lives. Sounds pretty fair to me.  Somewhere, there’s a sense that children grow into people. The thing is, they already are people, and should be treated as such.
Of course it’s not always easy to be patient. Perfection is an impossible standard. Parents make mistakes. By acknowledging these mistakes to your child, you teach them to fix things that go wrong. Children learn by seeing what you do, more than by following what you say. There is no shame in apologizing to your child and improving every day. It’s also worth noting that an adult is a clumsy giant in a child’s world. Your laughing when they’ve just made what is, for them, a brand new wondrous discovery, spoils everything. Take them seriously. Don’t make jokes about something they’ve pointed out. Give them and their learnings the respect they deserve. Be a child when they’re excited; let them be adults when things need to be done. Though you, as an adult, are in charge of some things, a perceived equal footing makes life easier for everyone. To summarize: 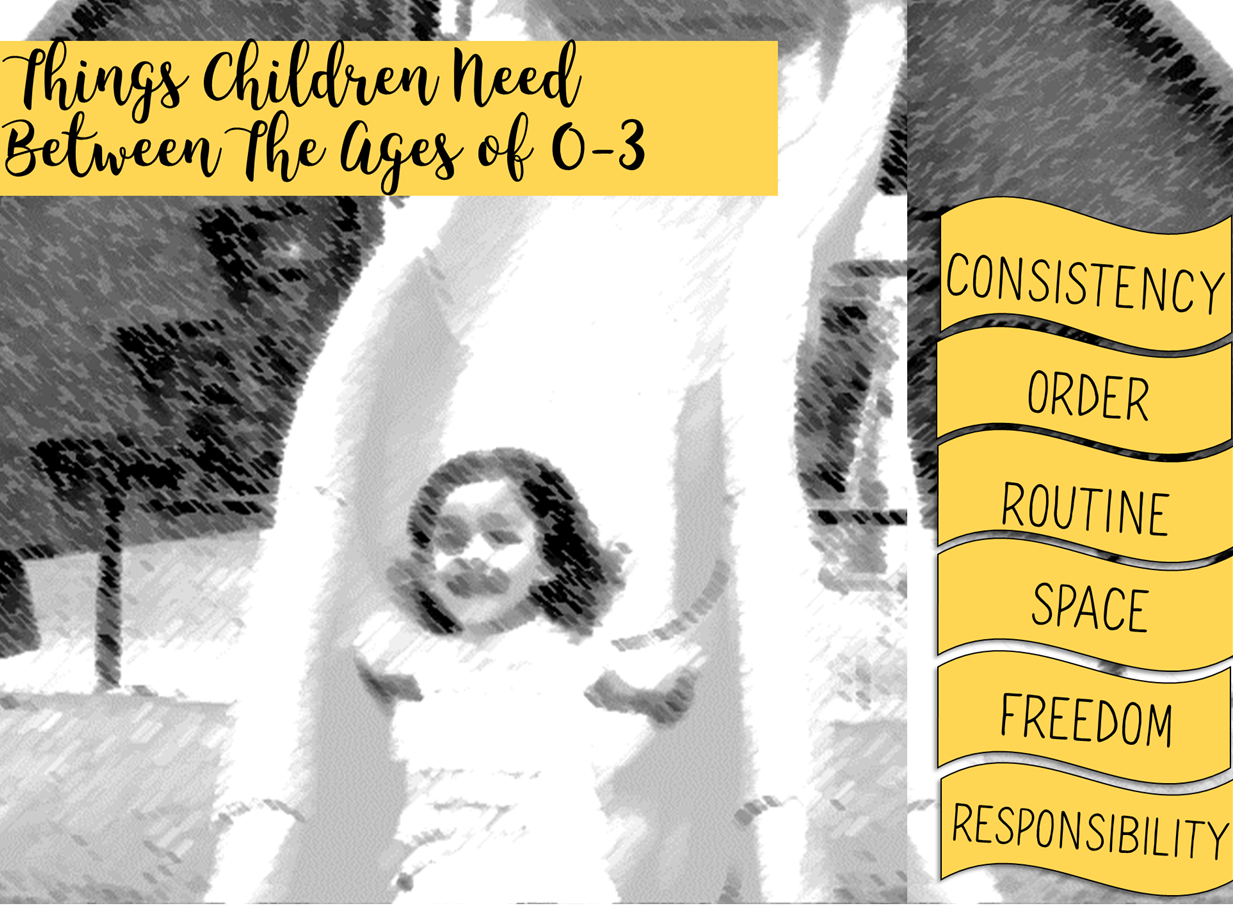 Have you read the original chapters? Do let me know if you have any insights you’d like to add.

6 thoughts on “Montessori Says: My Key Takeaways from ‘The Child In the Family’”